📺 Watch the video : How to Push a Container Image to a Docker Repo (opens new window).

Let's continue where we left off (opens new window) in our last post, in which we created a new image that we can distribute that contains our new app. In this post, we'll go ahead and push the image to a Docker repo to prep it for later.

Make sure you have a Docker account (opens new window) (It's free) and type docker login at the terminal or command prompt to ensure we are authenticated.

Once that is complete, then use docker push mbcrump/firstimage to move it to a repository. 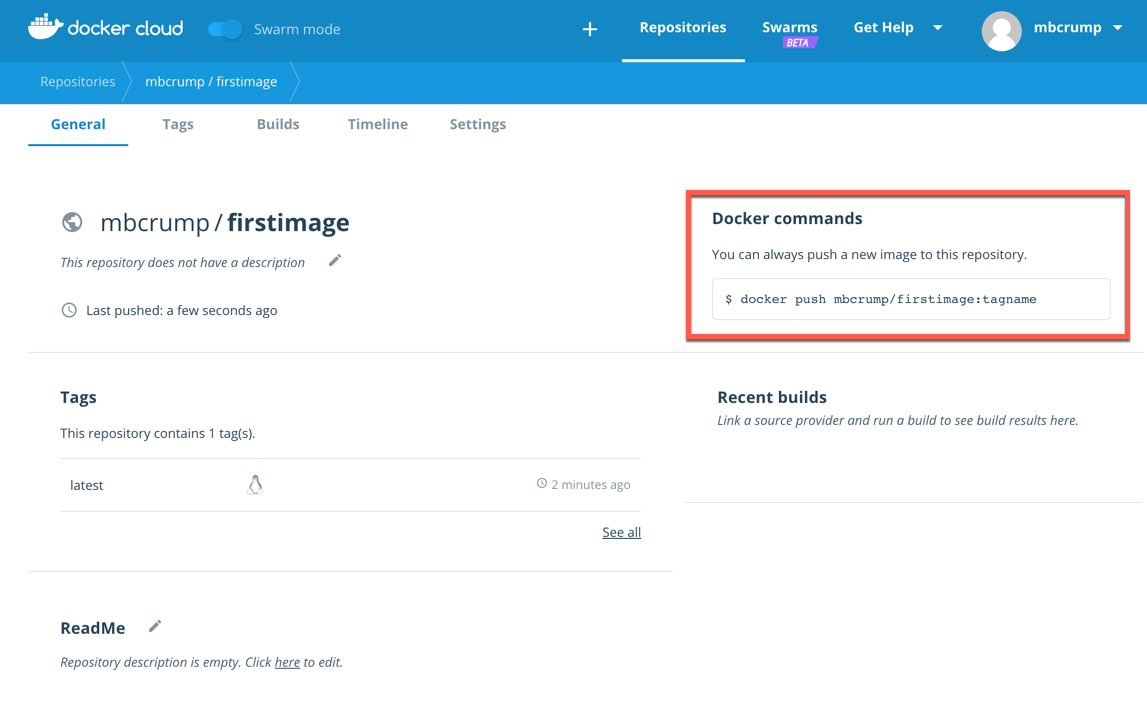 You'll see that it provides instructions to push a new version of the image as well as the commands to do so from the CLI.

# To Recap what we've done so far

If you've been following the last four post, then we've went through the following steps:

I think we have a great foundation to keep building on this in the coming weeks and months. I hope you've learned a lot this week and I'll see you next week.

Bonus: You can also go to store.docker.com (opens new window) and create a repository. You'll also notice that they provide the CLI commands as well.