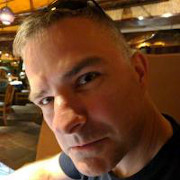 We’re pleased to announce the General Availability of Mariner 2.0, with generational updates to packages and feature improvements for Azure to build the most performant and secure services and Edge appliances. Thank you to all the teams and users in and around Microsoft who helped make this release successful!

With the release of Mariner 2.0, we will have roughly 7000 packages total in the distro across all repositories. Many of the 1.0 packages have been updated to current versions and are available in 2.0. The base and extended 2.0 packages are available on packages.microsoft.com.

The Mariner 2.0 base container is reduced to ~67MB. Size reduction of the base image was achieved by removing additional packages and dependencies (e.g., rpm utility). Tdnf is present by default.

The Mariner 2.0 release contains several repositories broken out by purpose.

What does this mean for Mariner 1.0?

Mariner 1.0 will continue to be maintained for approximately 6 months following Mariner 2.0’s GA.

You May Also Enjoy

We are excited to share the new CBL-Mariner based repository for SmartNICs, CBL-Mariner-SmartNIC.

Welcome to the Mariner Dev Blog

Welcome to the unofficial Mariner Dev Blog. This blog is set up with the intent for the Mariner development team to discuss and highlight the features and ch...