FishAngler is a startup based in South Florida that has a cross-platform mobile app for fishermen to log and share their catches.

The app seeks to increase the angler’s overall experience with the rollout of features that enable anglers to record, forecast, and increase their fishing skill level. The collection and segmentation of fishing data will pave the way for anglers to accurately target species like a pro.

The project team included the following:

FishAngler and Microsoft at the hackfest 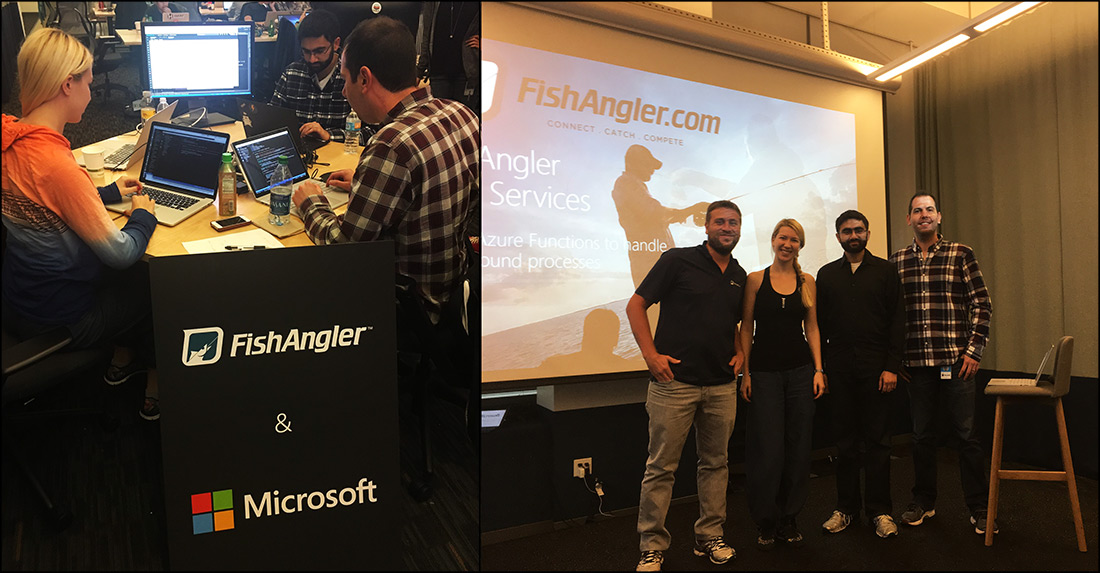 Because FishAngler was already powered by Microsoft Azure, they came to us with two very specific requests.

Note: The term catch used from here forward refers to the user posting a fish that they caught using the app. The post contains pictures and metadata including location, fish type, media, and more.

Currently, several worker roles provide different functionality for the app. For example, there is a worker role that generates the user’s home feed as new content is uploaded by other users that they follow.

FishAngler aimed to replace these worker roles with Azure Functions to speed up development because debugging worker roles was a cumbersome process.

Item 2: Use face detection in user pictures for smart cropping

As users upload pictures of their catches (such as posing with fish they caught), the app needs to crop them to fit the aspect ratio of the home feed on the mobile device. Thus, sometimes a user’s face would be cropped out of the picture because they had to default to cropping from a specific side.

FishAngler aimed to create an Azure function that would use Cognitive Services Face API to detected faces in every picture that is uploaded. They could then use that data later to intelligently crop the picture on the device to make sure all faces are visible.

By replacing existing worker roles with Azure Functions, the customer aimed to: 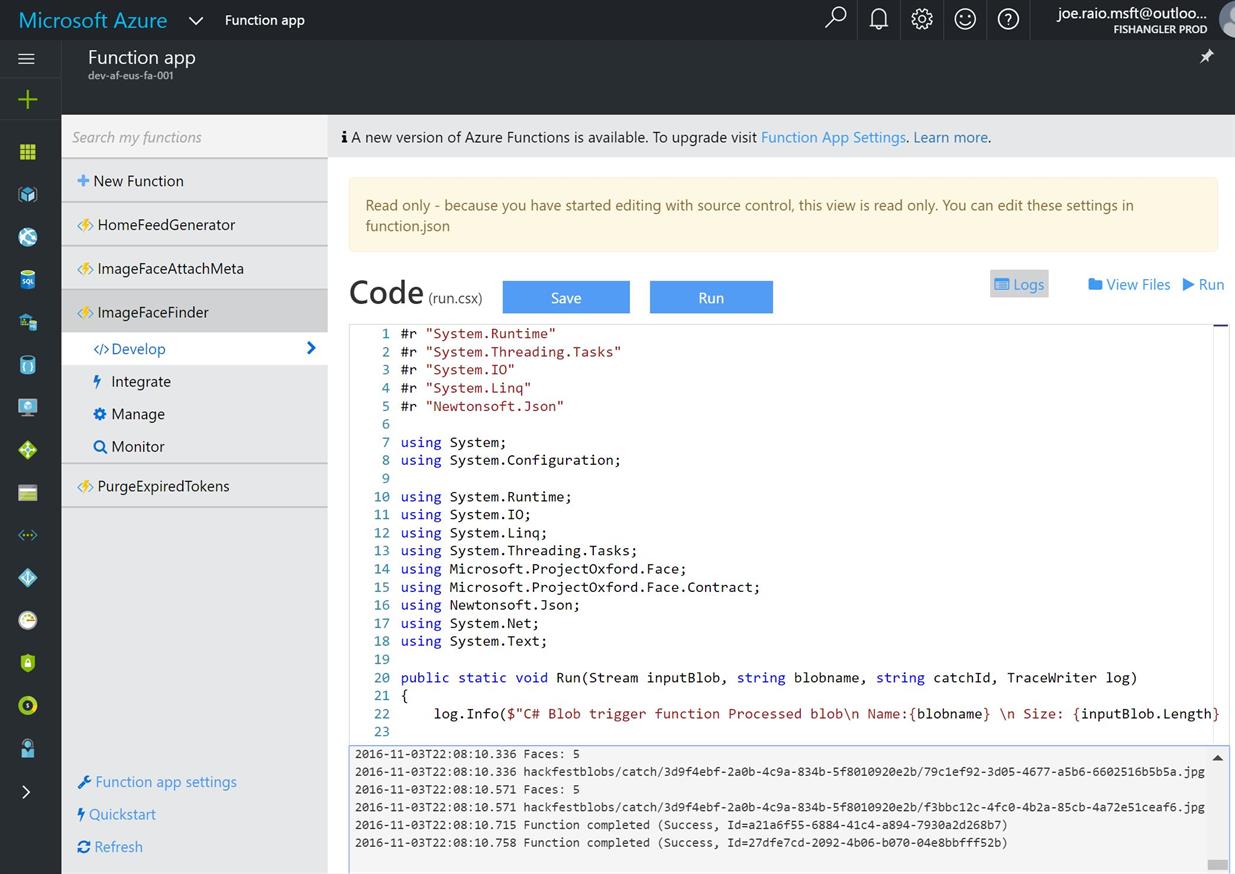 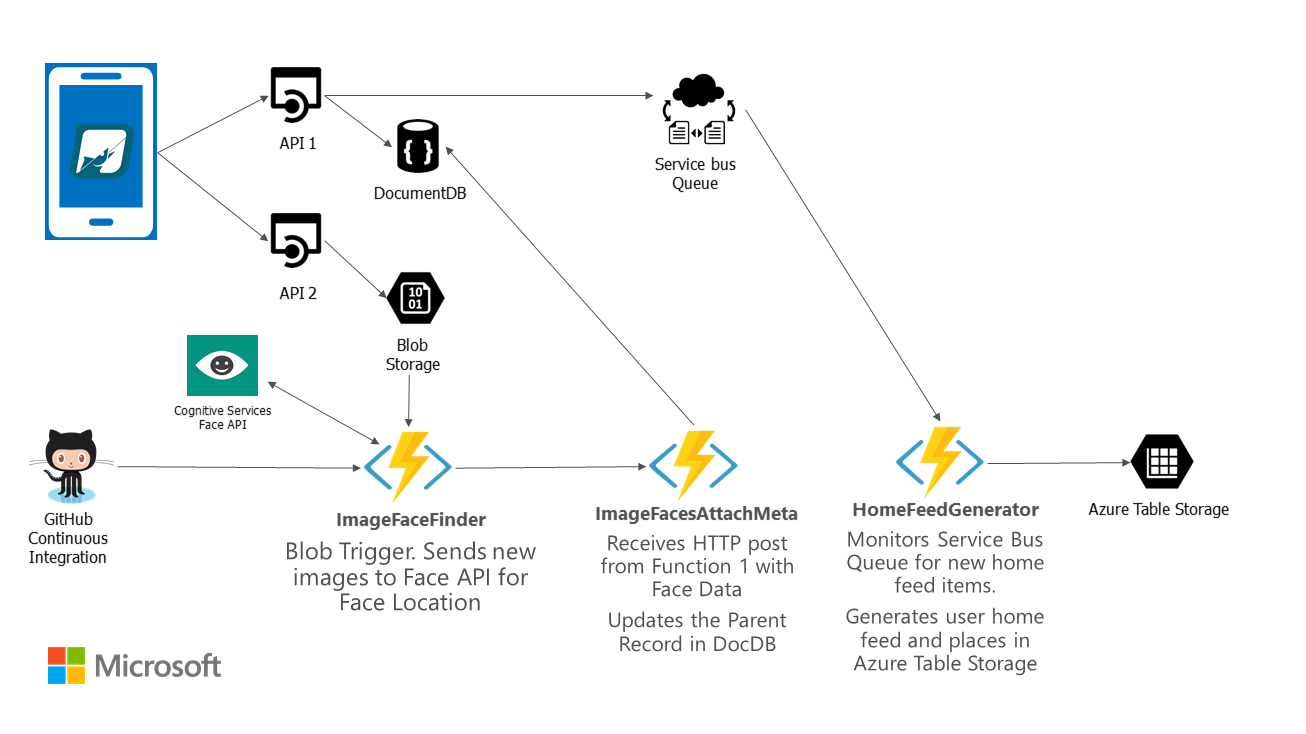 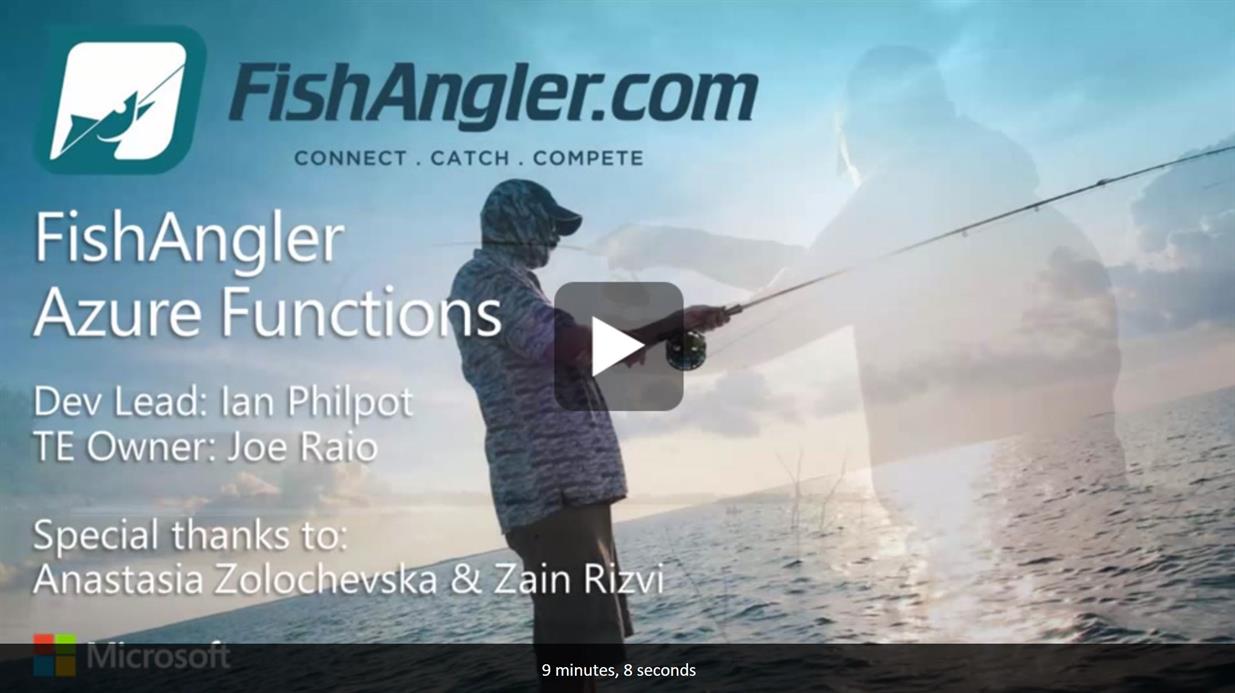 To facilitate rapid progress during the hackfest, we used continuous integration through GitHub to update and test the Azure Functions. In addition, Visual Studio code was used as the primary code editor.

All code can be found here: https://github.com/FishAngler/AzureFunctions

In addition, we used an Azure Functions npm package to create the initial templates locally. 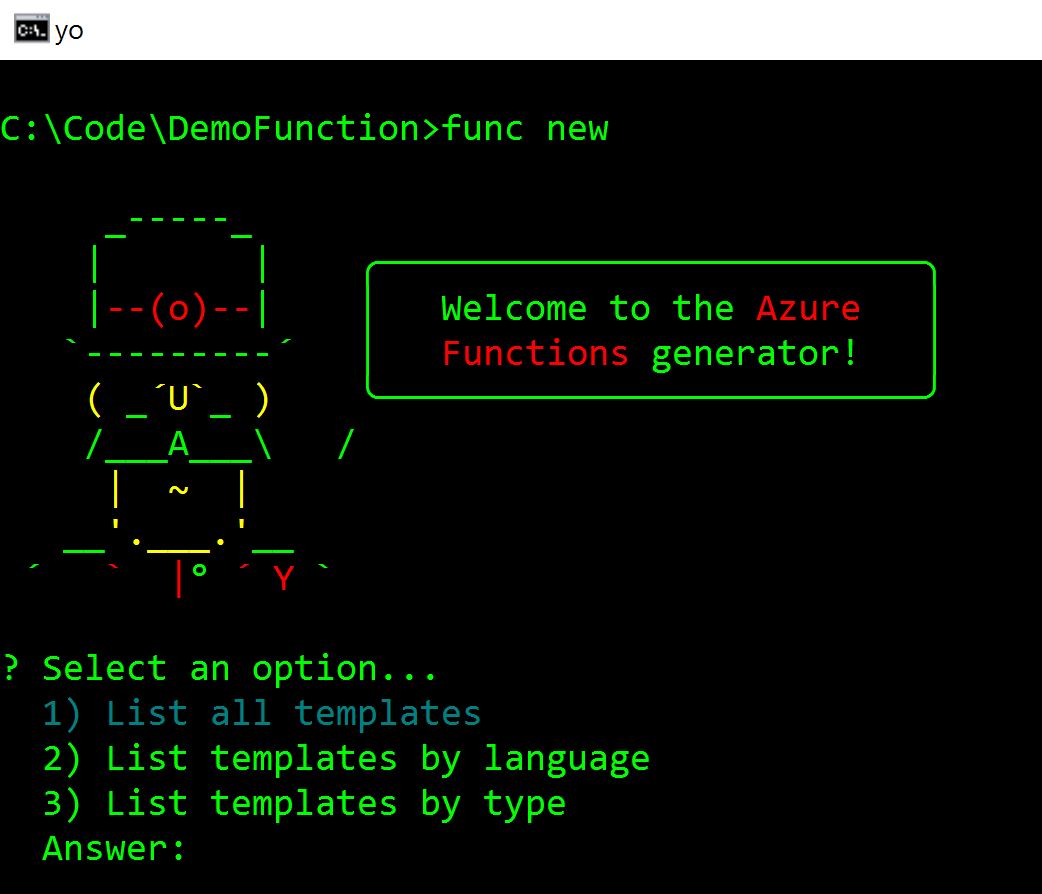 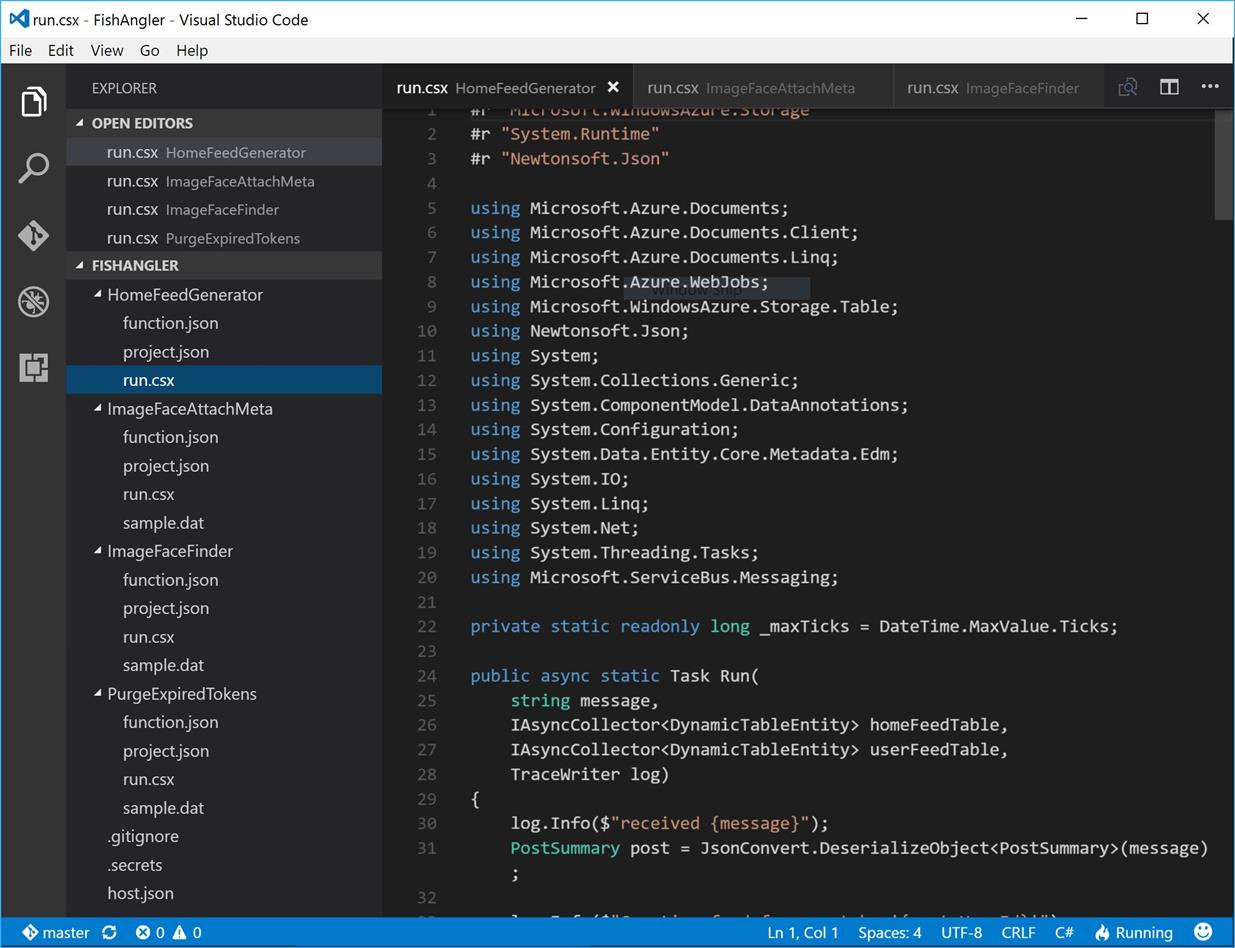 FishAngler is planning to replace specific worker roles with Azure Functions where applicable. In addition, FishAngler showed interest in learning more about Microservices. We will work with them to create Microservices on Service Fabric where we think they are a better fit.

“I think the hackfest was a success. I had a lot of fun, learned about Functions, and met very interesting and knowledgeable people. We will check out the new features as they become available. We look forward to working with you again in the near future.”

Microsoft and FishAngler worked together to come up with a solution that leverages Azure Functions and adds flexibility to their application. The hackfest was a valuable use of time for all involved and allowed us to rapidly prototype ideas and come up with many more.