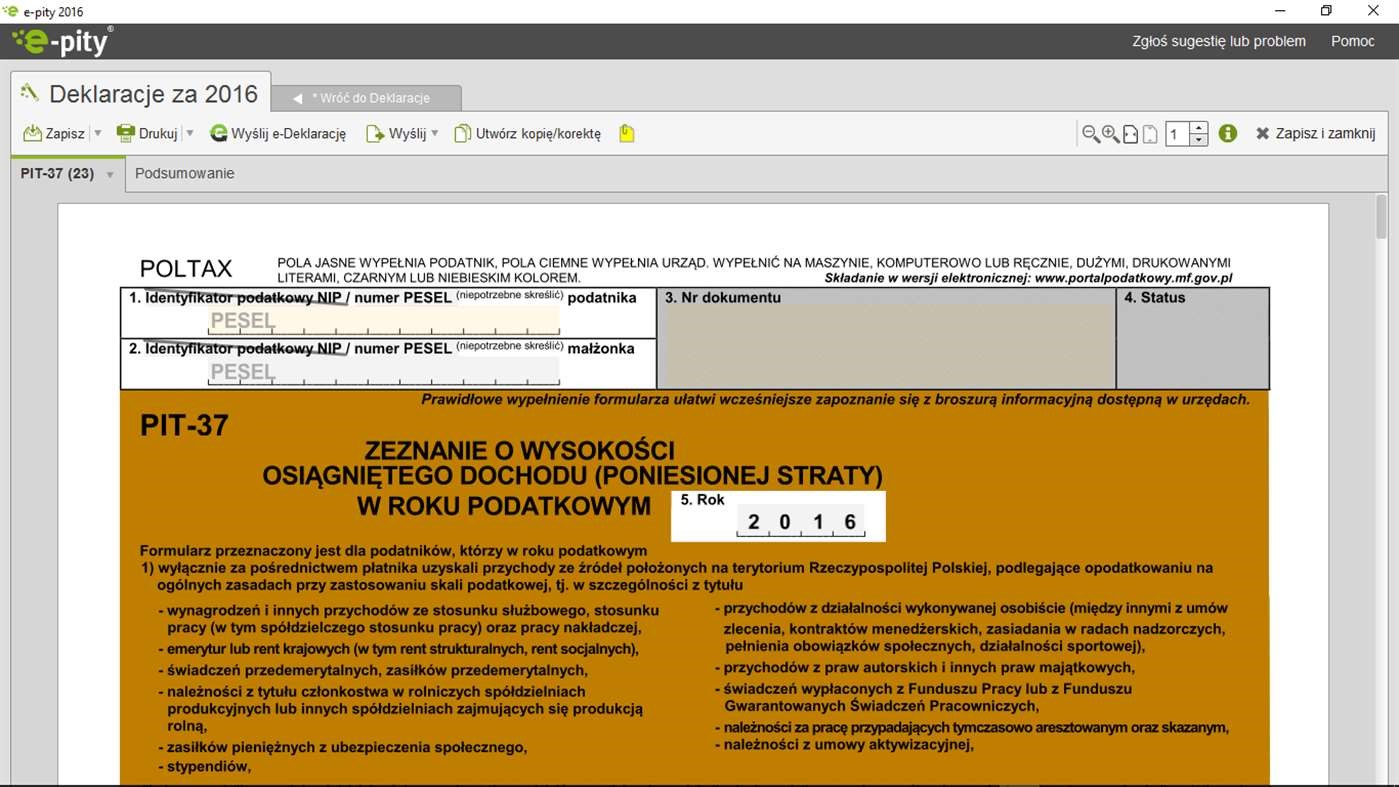 E-pity is a personal income tax application that both individuals and businesses can use to complete their tax forms. The application was written many years ago by using Adobe AIR; it’s a multi-platform application available as a Windows Installer, iOS/Android app, Linux application, and even a web app. Having so many platforms covered by the current version, it didn’t make sense for the customer to write a separate Universal Windows Platform (UWP) app just to put it in the Windows Store, so the decision to use the Desktop Bridge was a natural one, with the goal of making its reach even broader. 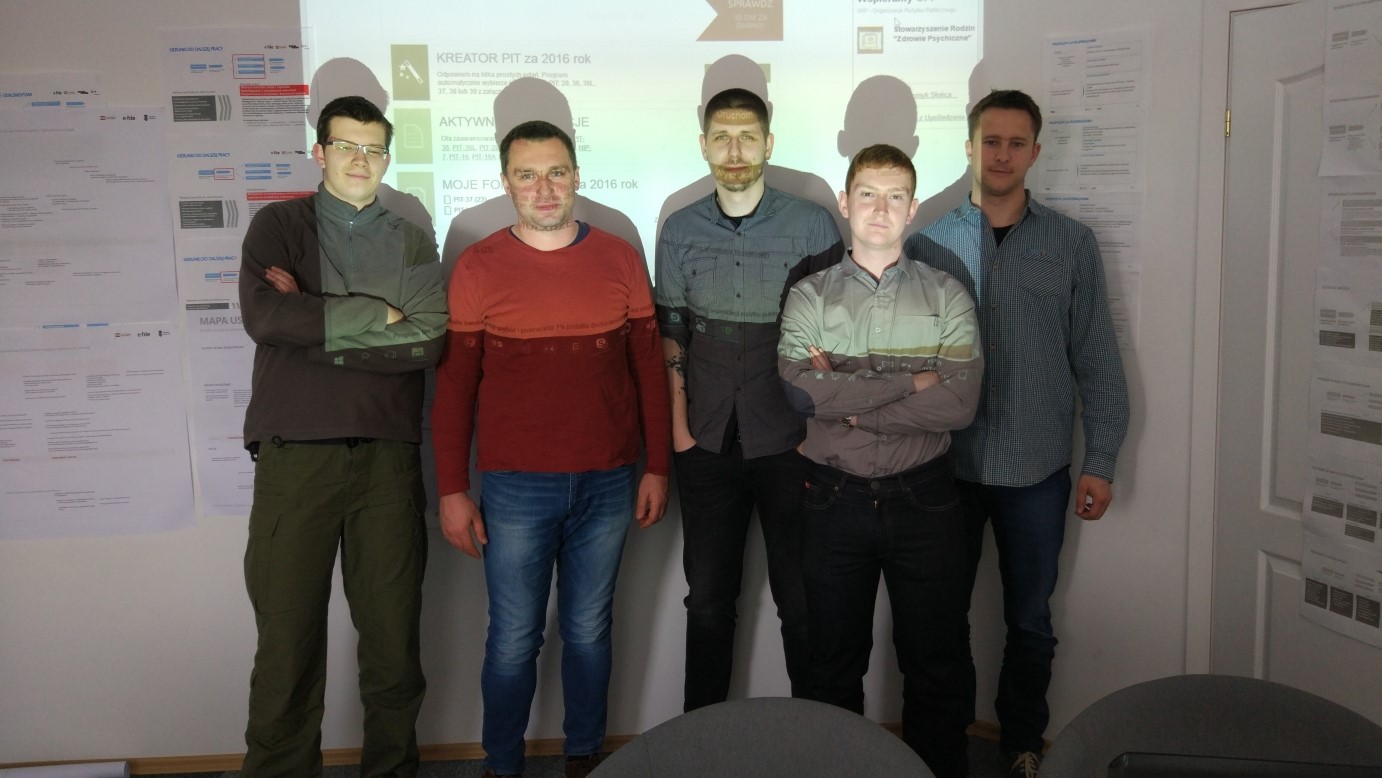 E-file is a software company and solution provider based in Poznan, Poland. The e-file team consists of experts with more than 10 years of experience in producing high quality applications, professional web services, and marketing solutions. They specialize in e-government and e-documents. Their applications are written mostly in Adobe AIR, but they also have .NET components.

Their main application is called e-pity, and it’s one of the most popular personal income tax applications in Poland with over 15,000,000 declarations filled to date. To give you a better perception of the reach of the app, on a single day (April 28, 2016), the application was used to file over 90,000 tax declarations, which means 62 declarations per minute and more than 1 declaration per second.

The application is also being used by professional accountants to fill out tax declarations both for individual customers and companies that are using their services.

As mentioned in the overview, the e-pity application is written in Adobe AIR and is available on multiple platforms. In such a situation, reaching a new platform can be difficult because if the platform does not support the runtime, there needs to be a very good business or technical reason to rewrite the application from scratch with a new technology. Because e-pity is always looking to reach new customers, in addition to having an .exe Windows Installer, they saw a great opportunity to have the app be available in the Windows Store as well. Thanks to the Desktop Bridge, bringing this Adobe AIR application to the Store was very easy and required just minor modifications to accommodate some technical and Store policy requirements.

Using Desktop Bridge as a starting point for this conversion was very easy and made the whole process quicker and more intuitive. In addition, the team learned a lot that they could apply to future conversions of other products.

At this point I would like to express a big thank you to Matteo Pagani from the Windows AppConsult team whose knowledge, experience, and willingness to help with Desktop Bridge was outstanding!

The first requirement when doing such a conversion with the Desktop Bridge is to set up the computer correctly. There are multiple ways to convert a desktop application, but the best one for e-file was by using the tool provided by Microsoft called the Desktop App Converter (DAC), which could convert the classic installer that the customer already had.

The system requirements can be found at Package an app using the Desktop App Converter.

To set up the Desktop App Converter:

TIP – Don’t put the .wim file in a folder that contains other files, such as .iso or .exe files or any other installation files, because it will get copied to your C:\ drive.

After setting up the DAC, we decided to do an initial conversion to see how it reacts to the current installer that is generated by Inno Setup. To run the conversion, we used the following command: 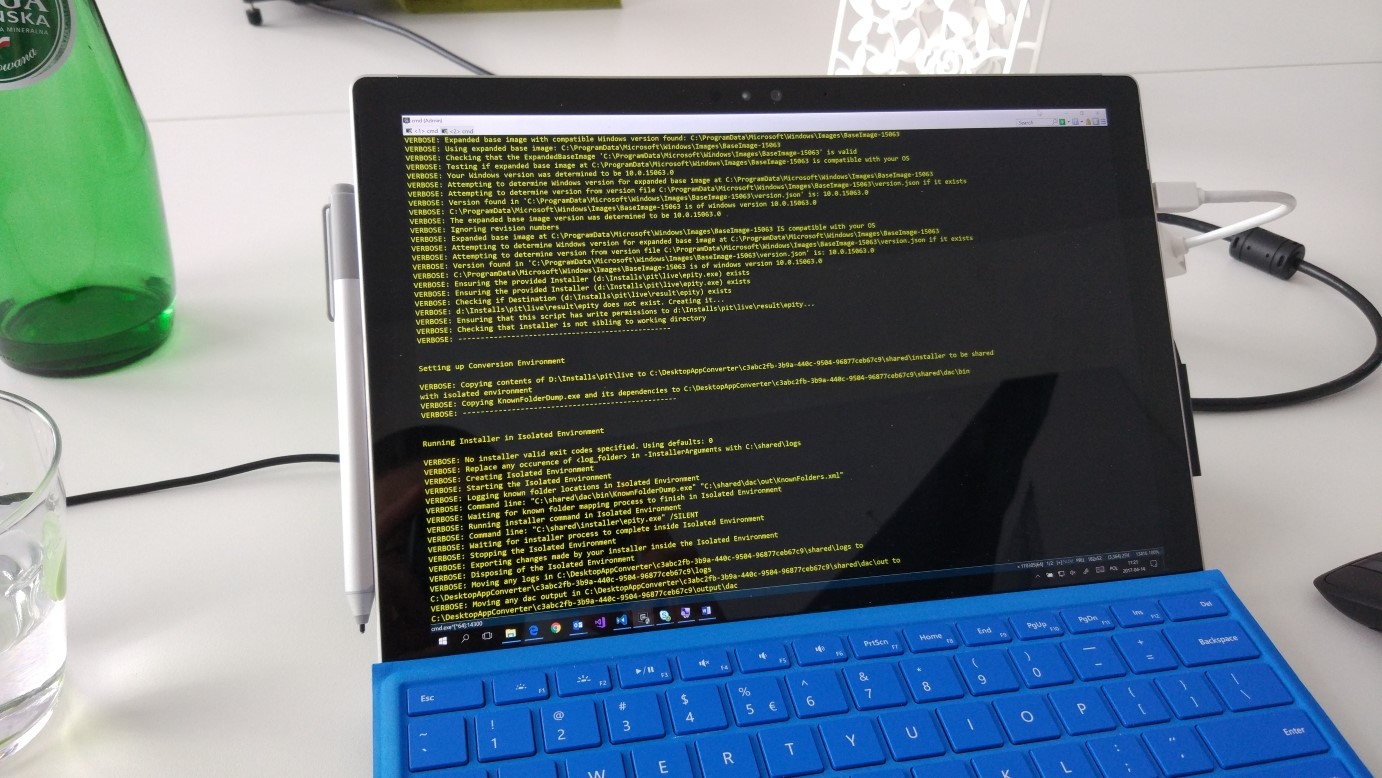 This step is not required by the technology itself, but we decided to launch the app after the successful conversion and to identify any places or issues that needed to be addressed, changed, or modified within the app.

As mentioned in the previous step, the DAC command has a parameter -Sign that signs the package. It also generates the certificate that needs to be installed on the computer before installing the app.

After completing these steps, you will be able to install the app from the .appx file and launch it from the Start menu.

Our testing revealed the following areas that we needed to modify:

All other tests about running the app, how it launches other apps, where it stores user files, etc. were successful, so there was no need for doing any other modifications.

Step 4: Fixing and enhancing the app

Following is what was needed to be done to fix the issues in Step 3:

After these steps were finished and all the issues fixed (except the icons), we ran the DAC command again to generate a new set of files.

We could now focus on generating a better set of icons because the original ones were extracted by the application’s icon, resulting in a set of images with a low resolution.

There are multiple ways to achieve this goal:

These steps are described in the official documentation Package an app manually (Desktop Bridge).

Step 5: Generating and preparing the package for submission

In this step, the final package for submission was prepared.

Converting the application by using the Desktop Bridge was an easy and very streamlined process. With this conversion, the application, which was already cross-platform, gained a new audience—Windows Store users.

Working with the Windows Store team, we were also able to put the application in the Store Spotlight for the relevant tax period in Poland, which made it more visible to users and increased the number of downloads. 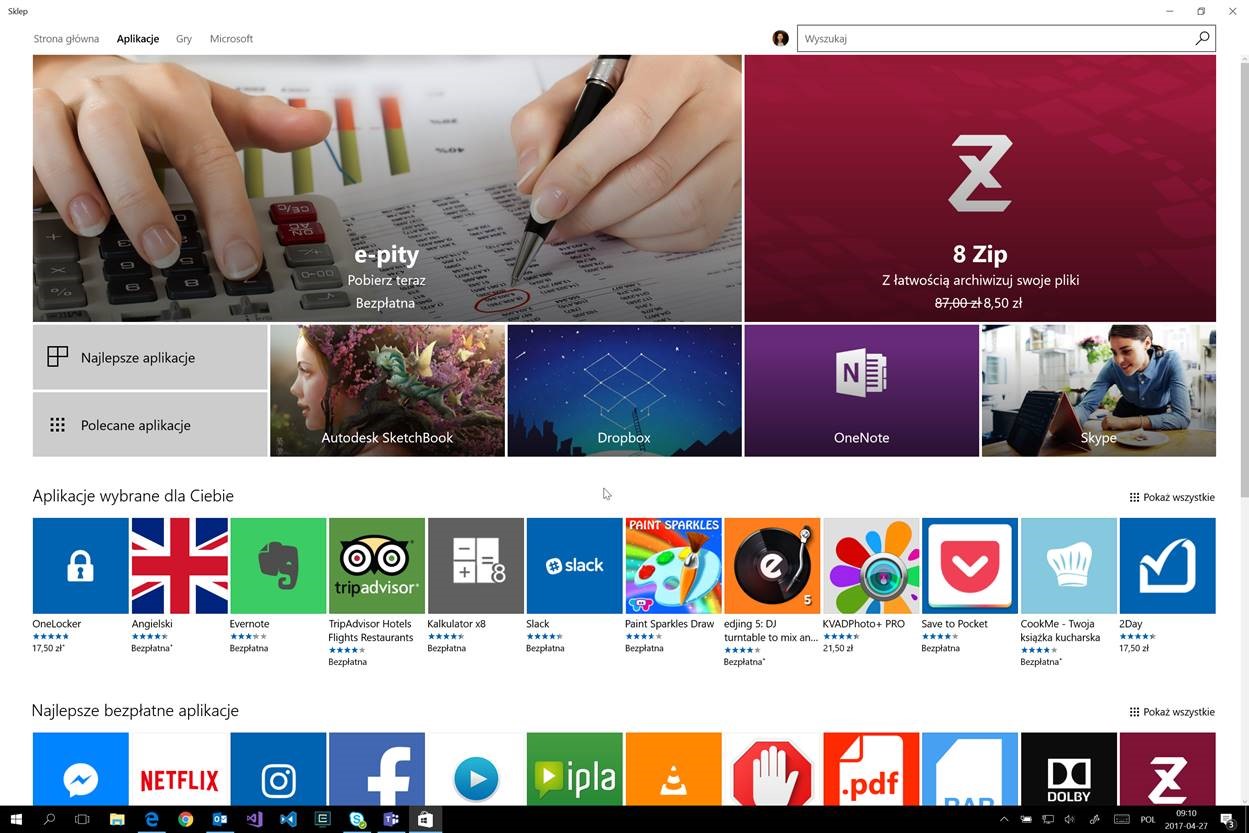 This process proved that doing such a conversion can be beneficial for the company and their products, so e-file is planning on releasing their other products in the Windows Store.