This documentation and the underlying platform code is a work in progress.

React Native applications are composed of multiple components and layers, some of which have boundaries that require the marshaling of data. This document intends to cover how this data marshaling occurs in React Native Windows. 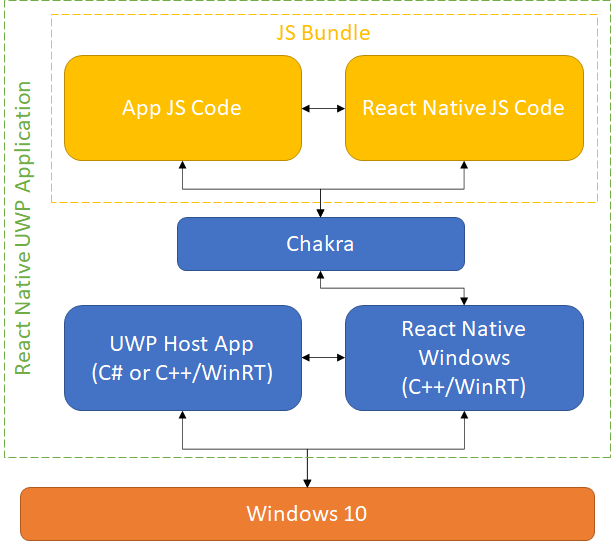 The first boundary is perhaps the most obvious - the boundary between the JavaScript VM (Chakra in this case), hosting the bundled JS code of the running application, and the native code of React Native Windows. Across this boundary, JS objects are marshaled into the native code as folly::dynamic objects, and vise-versa.

This all happens within Microsoft.ReactNative, the compiled library of React Native Windows code. Within the library, the C++ folly::dynamic objects are the primary mechanism for working with JS data. 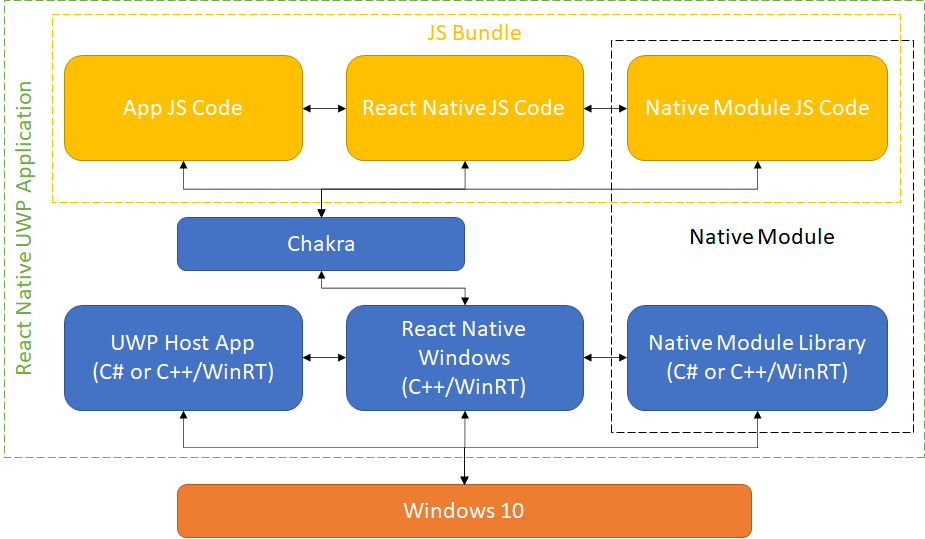 A lot of work has gone into designing an ABI surface that is as fast and future-proof as possible, especially around the marshaling of JS data.

So after the JS objects have been marshaled into folly::dynamic objects internally, we have to further marshal those objects across the WinRT ABI boundary. We do this serially via the high-performance IJSValueReader and IJSValueWriter interfaces. These interfaces let us (de)serialize data across the WinRT boundary without heap allocations and in a fast, minimal, and future-proof way.

While you can manually use the IJSValueReader and IJSValueWriter interfaces, we also provide two shared projects, Microsoft.ReactNative.SharedManaged for C# and Microsoft.ReactNative.Cxx for C++/WinRT, which provides a robust infrastructure for automatically marshaling out both simple and complex native static types.

For examples of using data automatically marshaled into both static and dynamic native types, see the DataMarshalingExamples module within the Native Module Sample in microsoft/react-native-windows-samples. Implementations for both C# and C++/WinRT are provided.