One of the more vexing problems for developers is securing access to other services used by their applications. Databases and other restricted resources need authentication, and your apps need to provide that, but how? Passwords within your code? (Un)encrypted configuration files? Certificate stores? Hardware? And who safeguards and manages these resources?

Addressing these concerns is the primary objective of Azure Key Vault (opens new window), a globally available service to store and manage three types of assets:

In this post, you're going to see how to create and manage a secret, but keys work in much the same way. Certificates are a little more complex, and in fact themselves used keys and secrets. Check out Get started with Key Vault Certificates (opens new window) for more information specifically on certificates.

Let's start by creating a new Key Vault service in the Azure portal. In the Create Key Vault blade (below), provide a unique name for your vault (which, as with most services, becomes an endpoint for invoking the service) and pick (or create) a resource group and a pricing tier. There are currently two tiers, Standard and Premium; the latter supports keys protected by a hardware security module (HSM). Use the standard option for this exercise. 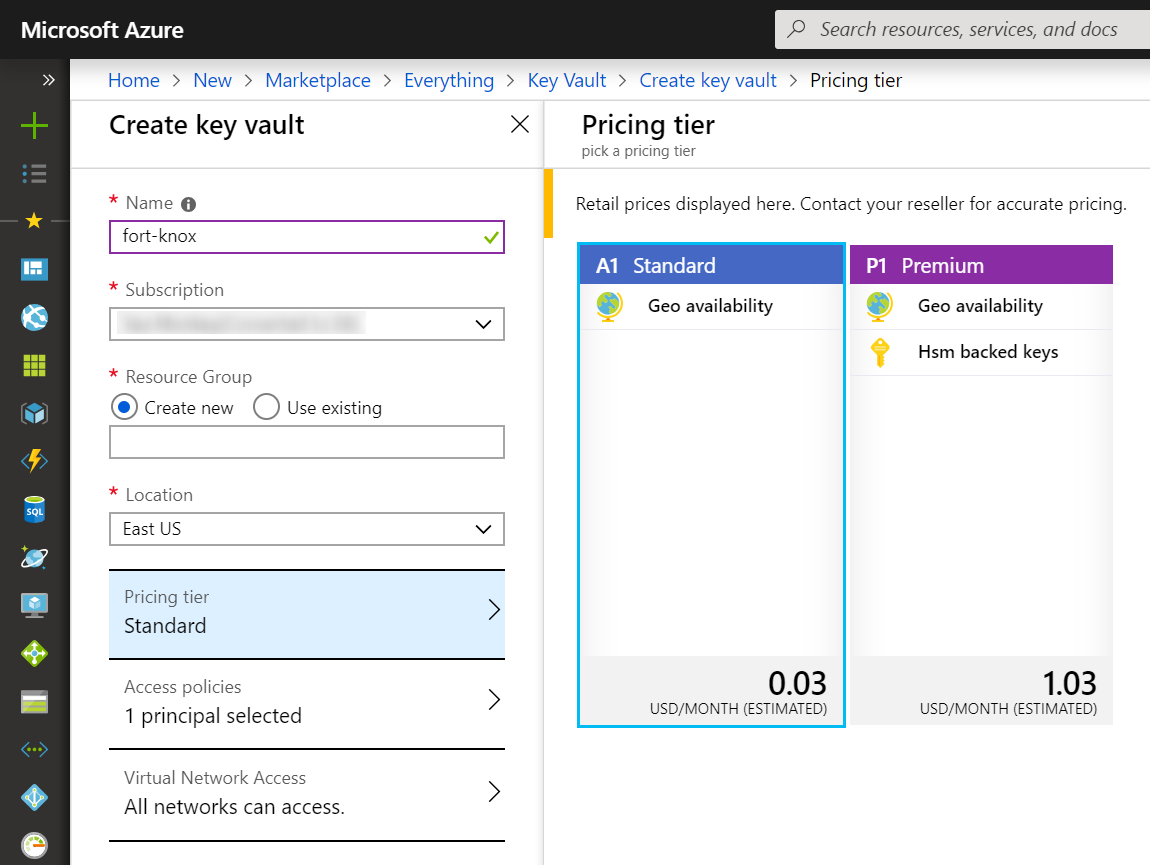 Access to the Key Vault is managed via policies to which principals (like users and applications) can be assigned. By default, the user creating the vault is granted all permissions to keys, secrets, and certificates, but in practice you will grant more detailed policies to specific principals. 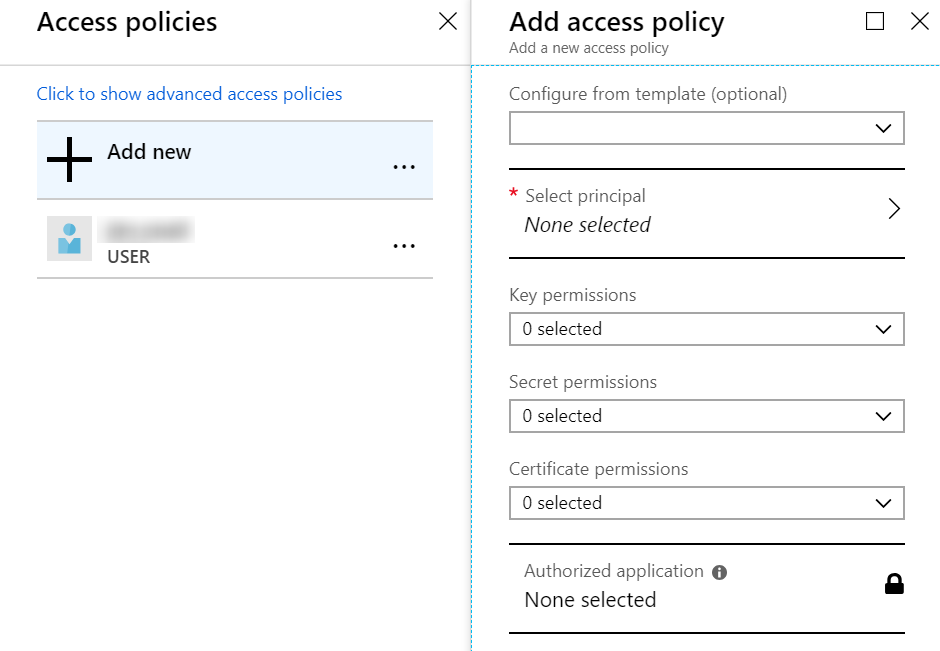 Indeed, across the three entities (keys, secrets, and certificates), there are 40 permissions that can be individually granted, thus supporting the principle of least privilege (opens new window). For instance, a web API that is accessing SQL Server might have GET permission on the secrets store, but only members of the security team would have SET permission to modify the database password. That's a simplistic example, so here's another scenario (opens new window) involving developers, the security team, and even auditors.

On the left sidebar menu of the Key Vault blade in the Azure portal, you can easily create or import a secret, key, or certificate. Since we're just interested in a secret now, we simply provide a name-value pair and options to manage the window of accessibility to that secret. 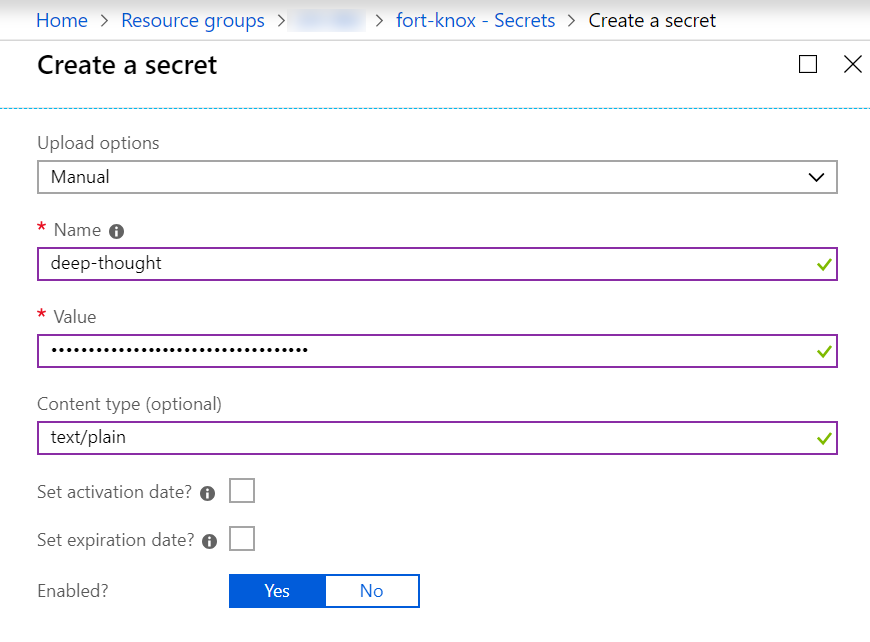 Once the secret is created, you'll notice that there is a bit more depth to this than a simple key-value pair. For each secret, a versioning history is automatically maintained, and through the Secret Identifier URI you can access any version of that secret. This provides a bit of an audit trail and can help implement policies to forbid reuse of actual or derived values of previous secrets. 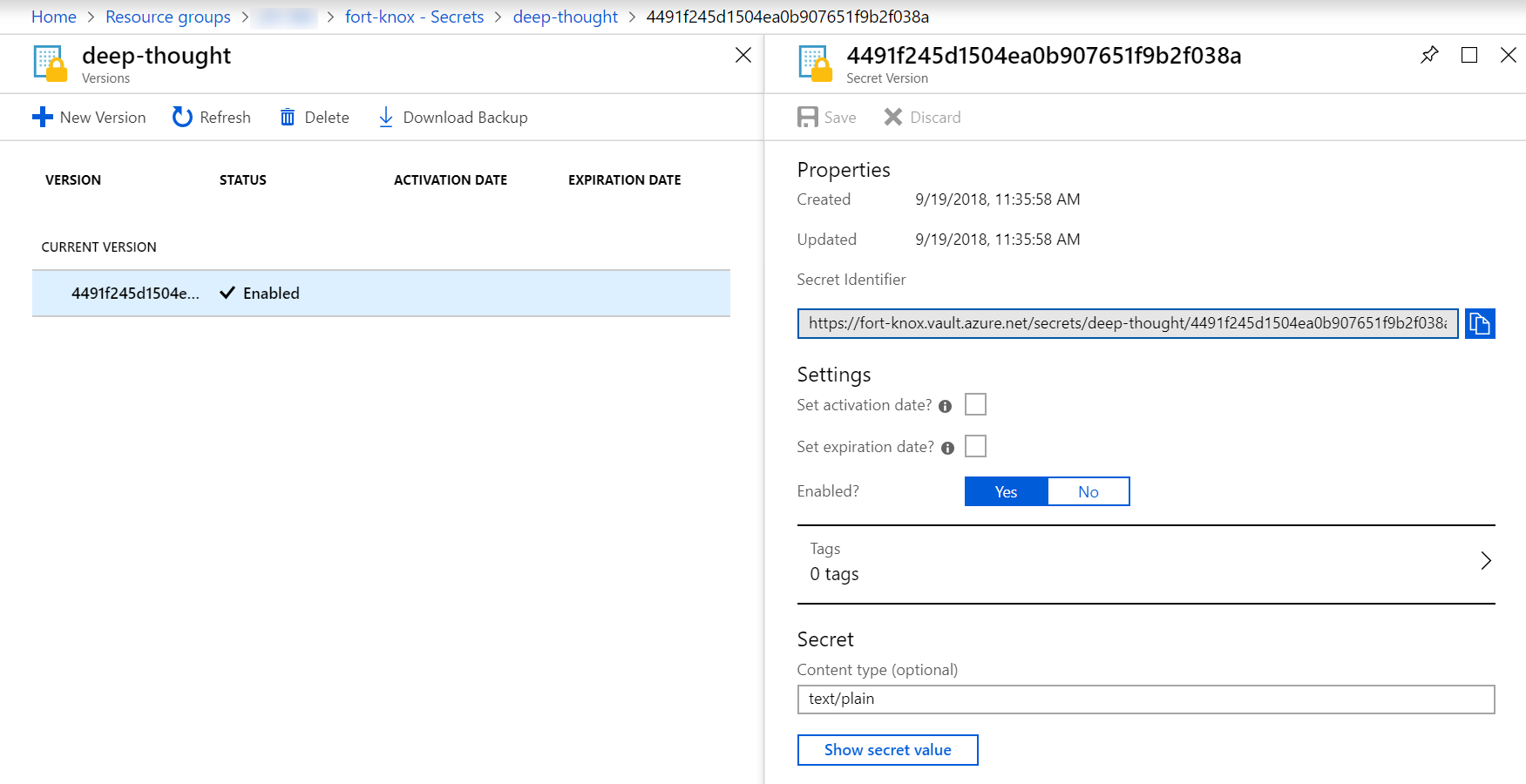