Now that you know how to setup your Visual Studio environment (opens new window), you probably wrote some code and it is time to deploy it.

Fire up Visual Studio 2017 Logic App project. In my case, I created an app that would monitor tweets and post them to OneDrive, but you can do whatever you want. 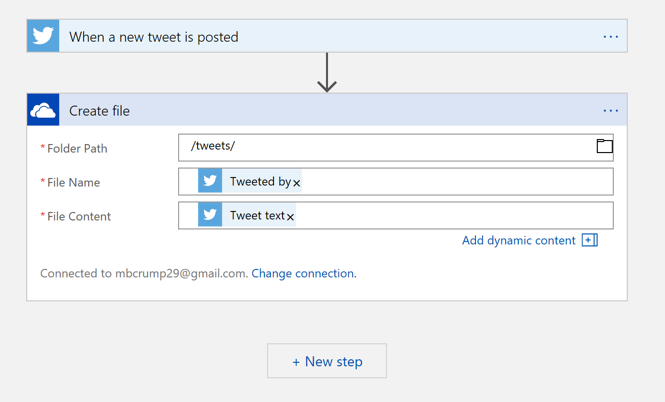 Right click on the name of your project and select Deploy and then either New or an existing resource group. 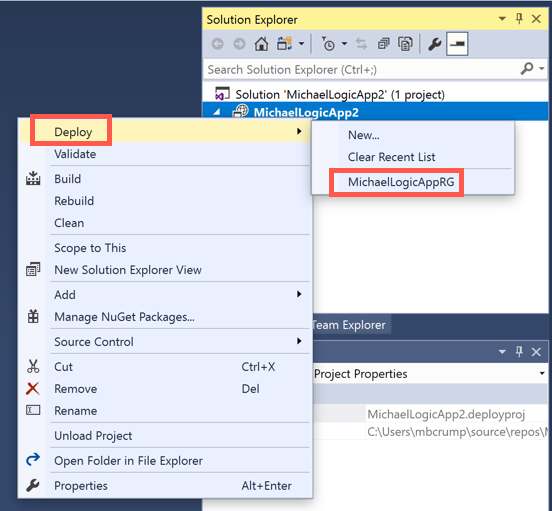 It will prompt you to login, so do so now. 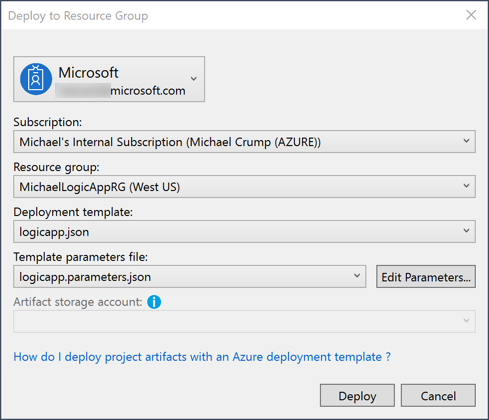 If there are any fields that you missed, then it will prompt you to enter them now. In my case, I had not set the name and it prompted me to do so.

Now you'll see in the output window that it calls the PowerShell script to deploy the resources for your Logic App.

Once it finishes deploying, log into the Azure Portal to see your new resource.