This site is obsolete and should be used for reference only. The information in this documentation is not guaranteed to work for Bot Framework SDK versions past 4.9.1.

The Virtual Assistant provides foundational logic for handling incoming user activities. It uses a combination of concepts from the Bot Builder SDK v4 and base classes that enable additional scenarios.

Incoming activities are initially received through the BotAdapter implementation, processed through the configured Middleware pipeline, then routed onto the Assistant’s dialog stack. The DefaultAdapter in the Virtual Assistant template provides a set of Middlewares out of the box including the following:

The DefaultActivityHandler passes incoming activities into the MainDialog. The MainDialog is composed of a repeating Waterfall Dialog that contains introduction and routing logic. The following diagram shows how the activities flow through the different methods in MainDialog: 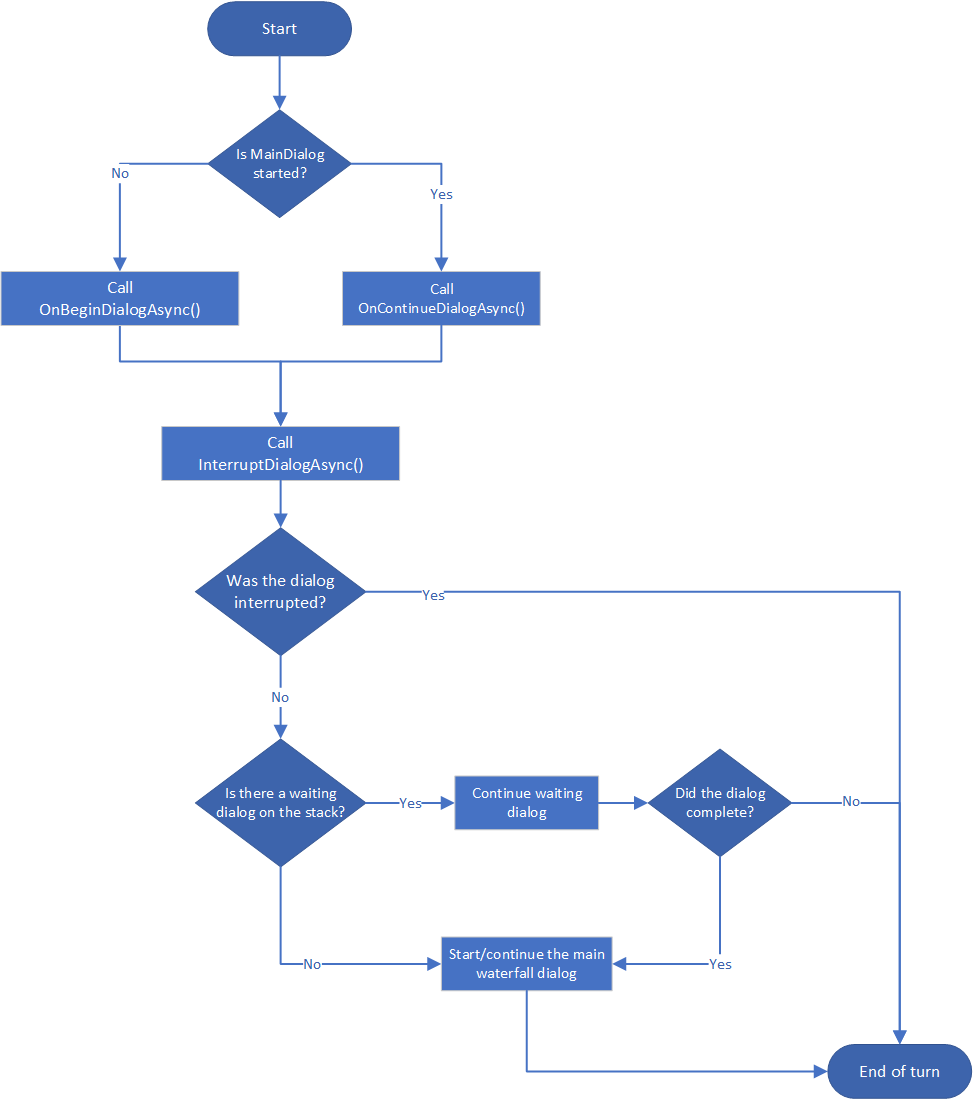 Once an activity flows into MainDialog, one of the first methods that will be called is InterruptDialogAsync(). The following interruptions are configured out of the box: