When trying to develop language models in a distributed team, managing conflicts can be difficult. Refer to the following guidance for some common scenarios when managing cognitive models for a team.

I want to protect my production environment against conflicting changes made by multiple editors.

It is recommended that for project being worked on by multiple developers that you protect your production cognitive models by only deploying changes through a build pipeline. This pipeline should run the various scripts/commands needed to update your LUIS models, QnA Maker knowledgebases, and Dispatch model automatically based on your source control. Individual developers should make their changes in their own versions of the models, and push their changes in to source control when they are ready to merge. 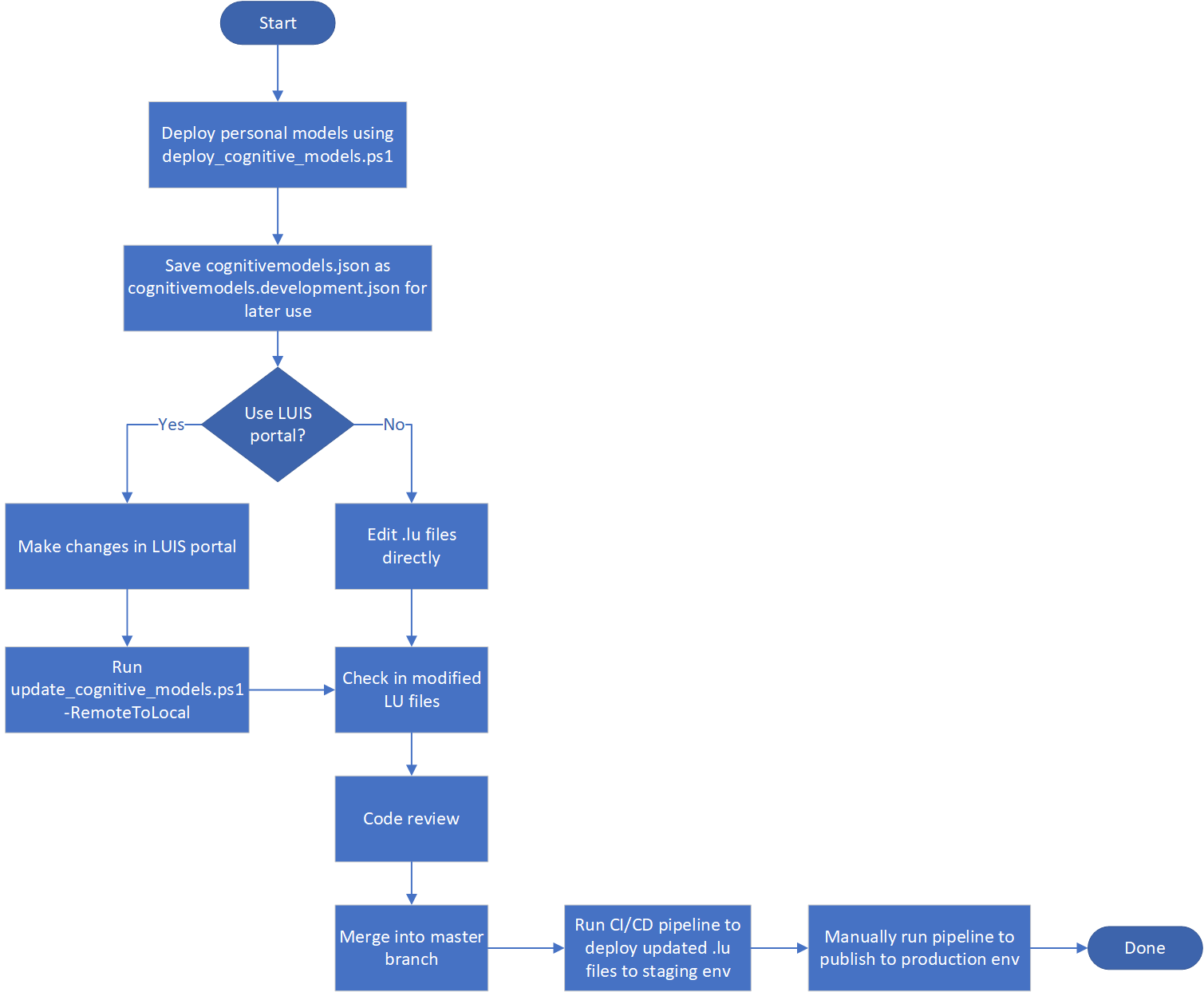 I want to test changes to my LUIS models and QnA Maker knowledgebases in the portal.

When you want to test changes to your LUIS models and QnA Maker knowledgebases in the portal, it is recommended that you deploy your own personal versions to develop with, and do not make changes directly in the production apps to prevent conflicts with the other developers. After you have made all the changes you want in the portal, follow these steps to share your changes with your team:

I’ve changed my skill LUIS model. What next?

If you have added or removed an intent from your skill LUIS model, follow these steps to update your skill manifest:

Once you have updated your manifest, follow these steps to update any Virtual Assistants that are using your skill:

This command updates the botFrameworkSkills property of your appsettings.json file with the latest manifest definitions for each connected skill, and runs dispatch refresh to update your dispatch model.